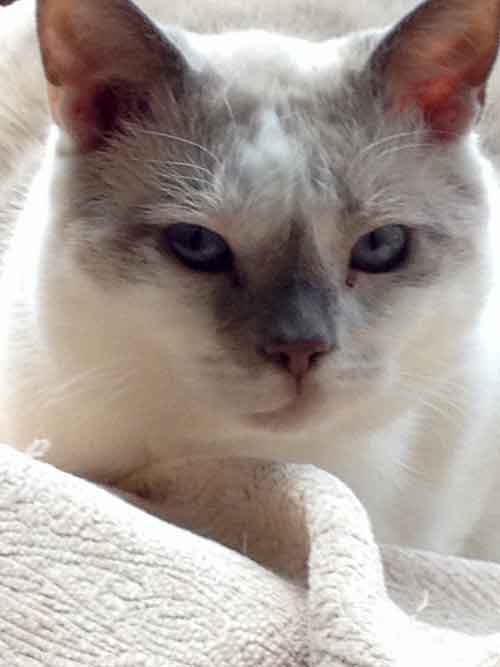 From what we were told, when Sinatra was found, he was in terrible shape – both medical and physically.  All his teeth had been removed. His fur was in such a matted mess, it took two separate bathes to get I’m cleaned up. He was underweight, malnourished, had to be dewormed and tested positive for Feline Leukemia (FeLV) .

He spent over a year in the Humane Society of Walden’s FeLV+ room (sometimes as the only cat in the room).  During his time at the shelter, he gained weight.

My kids and I volunteer at the shelter. We like to spend time with the cats brushing and socializing with them. When we would visit the FeLV+ room, Sinatra would craw right into our laps and purr. He was so beautiful  and sweet, we instantly bonded with him. By all accounts, he was a favorite of both the staff and volunteers. We could not fathom how he was not adopted sooner.

But we did end up adopting him (and Drax). Sinatra is the reason we now adopt FeLV+ cats.

For 15 months, Sinatra was spoiled with our love and an insane amount of treats. (Although not having ANY teeth did not stop him from chowing down on Temptation treats.) This is how he ended up with the nickname ‘Big Juicy’… He gained almost 3 pounds just on treats!

Sinatra was an awesome cat. We have many funny and sweet memories of him:

As devastating as it was to lose Sinatra, we do not regret adopting him. The gave us 15 months of love and we will love him for a lifetime.

Sinatra was named by one of the shelter staff. I had originally thought it was because of his blue eyes. Later we were told it was because Sinata’s meow was so melodious, it seemed like he was singing.

We decided to keep his name, but because Sinatra was so demanding of food and he was so squishy, I started calling him Big Juicy. 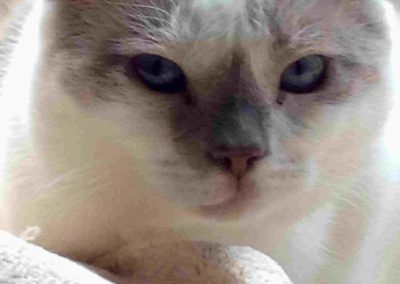 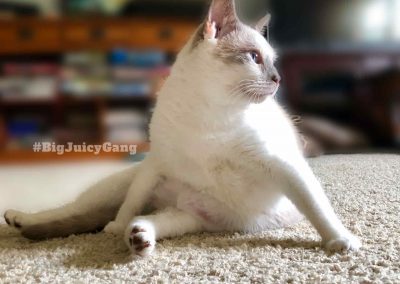 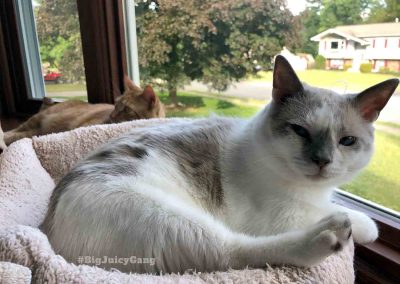 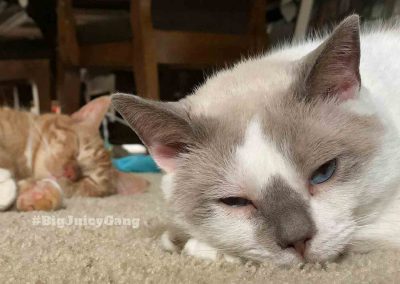 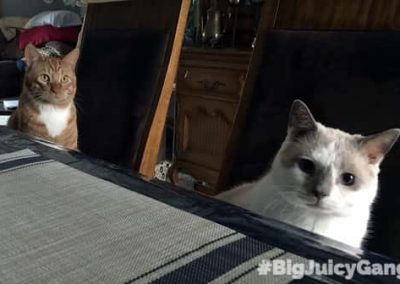 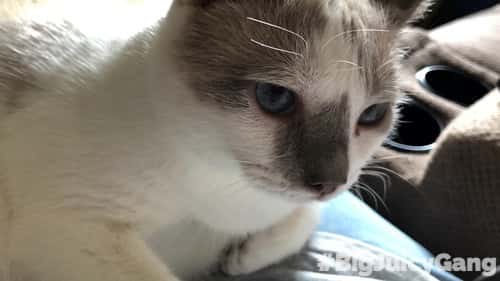 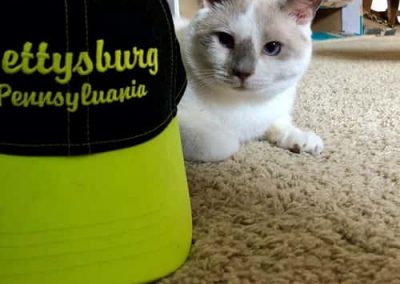 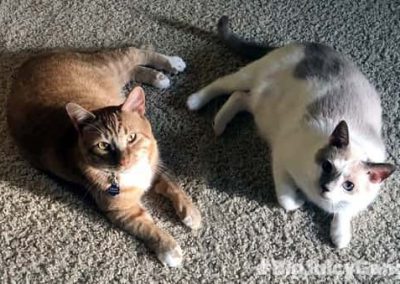 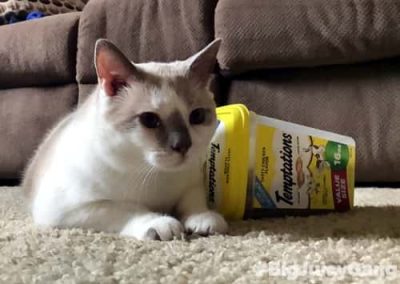 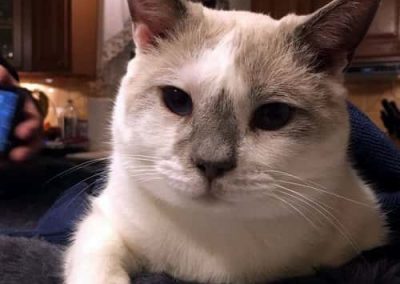 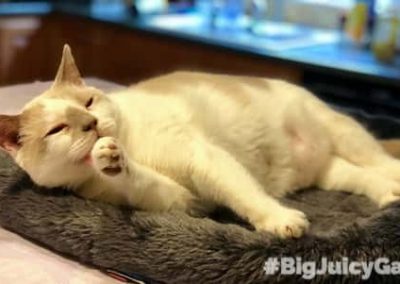 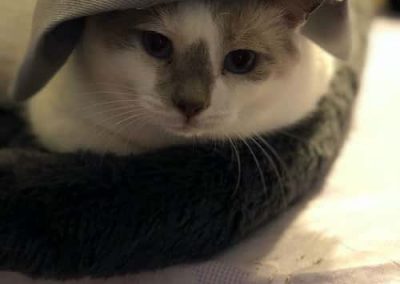 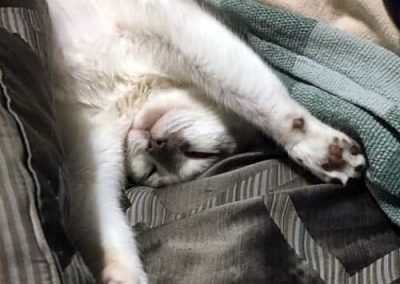 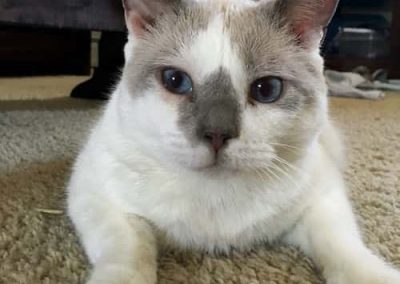 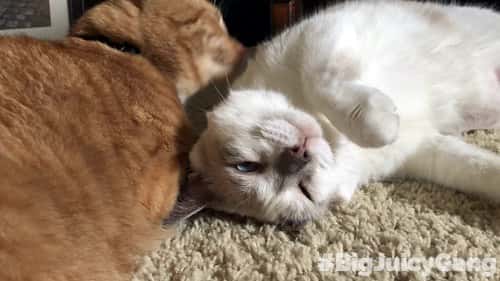 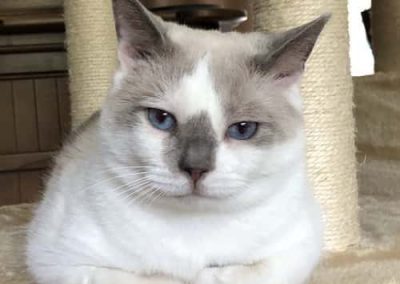 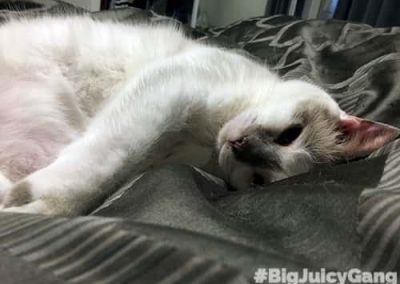 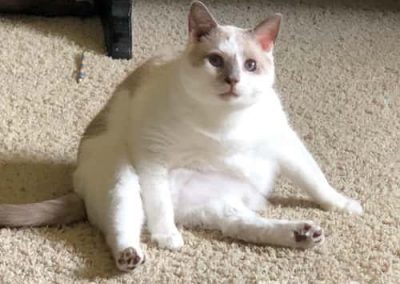 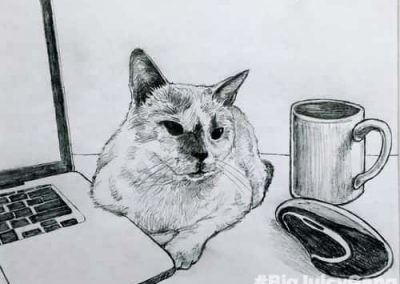 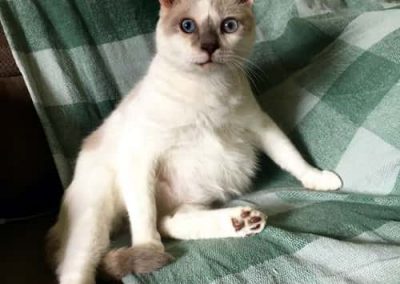 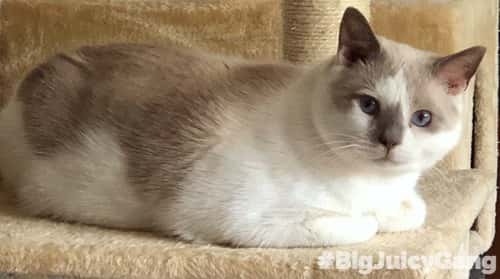